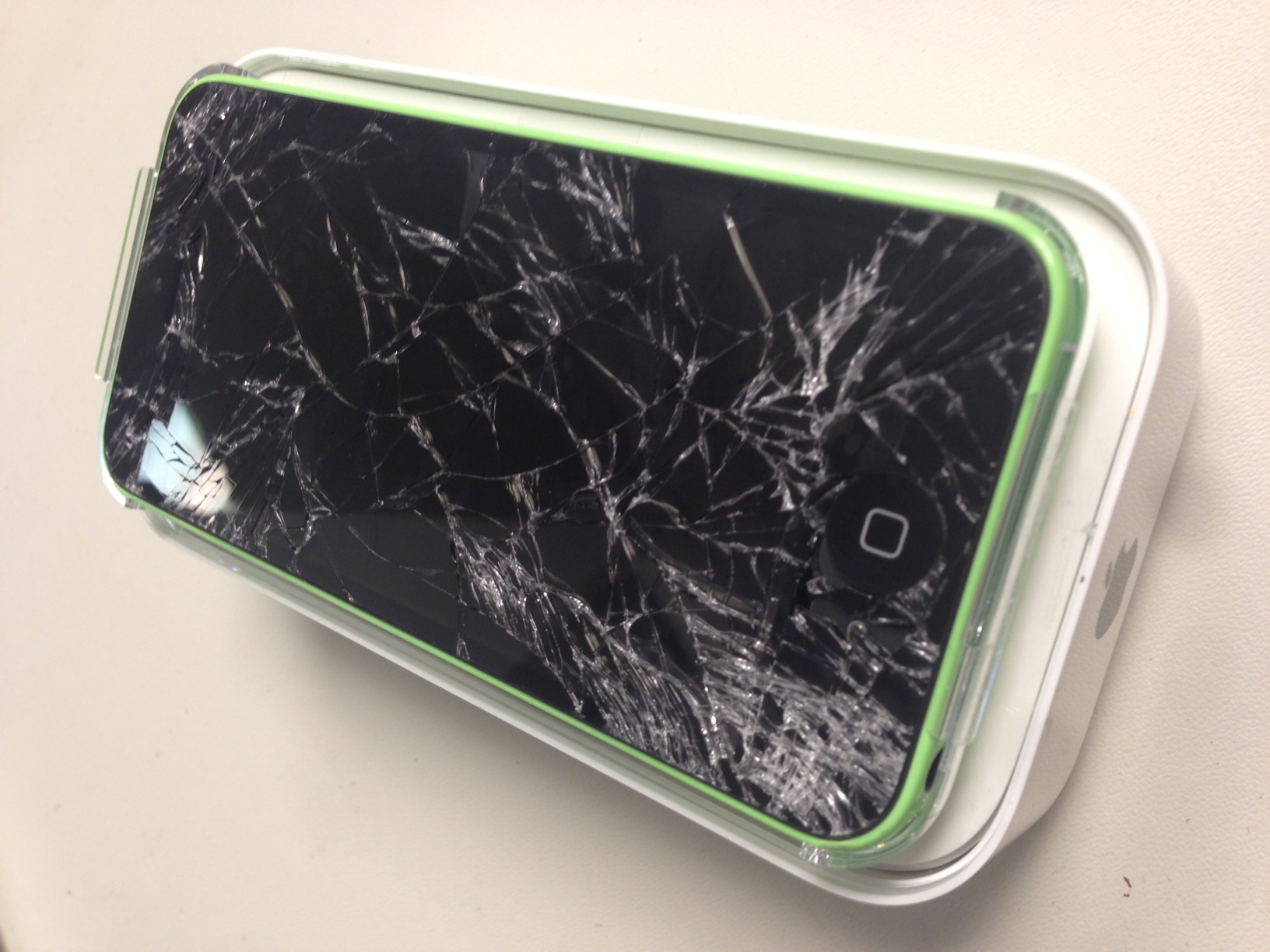 Since it’s the last Friday of September, and we feel like we’ve had a whirlwind of a month, what with the all the new Apple products to talk about — the iPhone 5S, the iPhone 5C, and the iOS 7 — we thought we’d enjoy ourselves a bit, and talk about some of the worst Apple stories of the month. From security hacks to hoaxes to INTENTIONALLY BROKEN IPHONES (!!!), we’ve got a whole bunch of good stuff to talk about. So sit back, relax, and enjoy the worst of the worst. You’ve earned it.

One of the most touted aspects of the new iPhones has been its new security systems, particularly the Touch ID system. Thanks to a “bounty” put up on the internet, offered to the person who could crack the Touch ID, someone quickly claimed the prize, with a YouTube video as proof.

In a statement on its website, the CCC confirmed that the bypass had taken place, adding: “A fingerprint of the phone user, photographed from a glass surface, was enough to create a fake finger that could unlock an iPhone 5s secured with Touch ID.”

The video posted online on Sunday shows one user enrolling their finger, while later accessing the device using a different finger with a high-resolution latex or wood glue cast. The group detailed in a blog post how it accessed the device using a fake print by photographing a fingerprint and converting it.

“Apple’s sensor has just a higher resolution compared to the sensors so far,” said CCC spokesperson Frank Rieger on the group’s website. “So we only needed to ramp up the resolution of our fake.”

Another security issue was found to originate not in the hardware of the new iPhone 5S technology, but in the software of the iOS 7. Courtesy of Business Insider:

If you have an iPhone 5 or older and have updated your operating system to Apple’s new iOS 7 version, you should be aware that the password (or “passcode”) required on your phone’s lock screen no longer prevents strangers from accessing your phone.

They can use Siri, the voice-command software, to bypass the password screen and access your phone, instead.

Simply hold down the home button, even while the phone is locked, and wait for Siri to ask you what you want. From there, we accessed Facebook, Twitter, text messages, email and phone calls, all on our iPhone 5. We even got access to our contacts app.

But the most ridiculous story of the month has to be the whopper that the new iOS 7 actually will make your iPhone or iPad waterproof. Yes, you read that right: someone was able to convince others that a software upgrade could actually prevent an electronic device from being affected by water:

As The Independent first reported, a pretty convincing fake iPhone ad recently surfaced that promised just that for Apple’s new mobile operating system. The ad said that iOS 7 is able to “instantly detect sudden changes in thermo-distribution with the touch sensitive screen and home button.” It even went as far as to indicate that the update included a emergency “smart-switch” that would turn off the phone’s power if it came in contact with water.

And so that segues us into our last dumb story of the week — someone is wantonly breaking iPhones, and people are mad as hell about it! Oh, that would be us. Here’s a sample of some of the comments on our YouTube video of our iPhone 5S and iPhone 5C drop test:

why dont u guys just give them away to poeple [sic] instead of breaking them. no point we all know that phones break.

I cant [sic] buy a iPhone because its to [sic] expensive and they break them xD U should raffle the broken phones :DD

I think I could have figured out that all the screens would smash without breaking over $1500 worth of phones….

I just want to point out to our concerned viewers that we are an iPhone repair shop. We didn’t destroy these phones; we’re going to fix them all up! Everything is going to be okay!

Other people felt cheated that the phones were dropped multiple times, or with force:

Difference between drop test, and Throw test ? This noob

Of course it’s going to shatter when you chuck it on the ground. Who chucks their phone faced own on the ground?

The “drop test” was poorly done. When the 5s and 5c didn’t break, you chucked them down to the ground to ensure that they shattered. Very lame.

Fair enough. However, the whole point of these videos is that we want to show the durability of the phones. If you go back to our earlier drop tests, you’ll see that the phones were much more fragile. We hope that we’re doing a service by showing you the amount of stress an iPhone can handle. If we get a little rough, it will only serve to show you the force that a phone can no longer withstand. If anything, we think that this crop of iPhones — especially the 5C — is much more durable than its predecessors, and we give them a thumbs up.

Lastly, and our favorite: apparently there are a bunch of conspiracy theorists, speculating that indeed we did not break an iPhone 5S, but a cleverly disguised iPhone 5.

The white one wasn’t the 5S. You can see by the way he is covering up the home button when dropping it.

Don’t you think its funny how he dose [sic] not show the home button on the 5s during the drop test. I think it was a 5 so that he could use the 5s.

Booo ! The white iphone was’t [sic] the 5s. You can tell by the way he’s covering up the home button.

Keep studying that Zapruder tape, guys. And thanks everyone for watching!