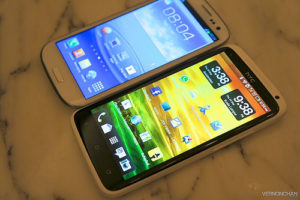 It is well known that the cellphone industry keeps on reinventing itself. It was not too long ago basic phones were followed by feature phones and then came the smartphones. Today, there is a new generation of phones called superphones. A superphone is one of latest phones with extremely powerful, high-speed processors.

Technical Specifications of a Superphone

A smartphone itself is already a very powerful handset. However, a superphone is basically a smartphone with much more features and processing power. For starters, a superphone has a screen of at least 4 inches. Then it usually has two cameras, one at the back and the other at the front, with resolutions of 5 to 8 MP that enable very high quality images and videos.

Some superphones also come with two or more microphones that enable clearer, crisper calls as well as audio-video recordings. In order for these features to work, superphones need a lot of processing power. This power is made possible by their dual-core processors that have speeds of at least 1 GHz.

How Does a Superphone Compare with a Smartphone?

A superphone has other features such as user-focused phone experience and inherent location awareness. On the other hand, the user experience in a smartphone is determined by the manufacturer as well as the user’s carrier.

In the future, superphones may come with a processor of 3 GHz and 2 GB RAM. In addition, they might come with a 3D or HD camera, more advanced operating systems, and a powerful battery — at least 1800 mAh.

Some of the superphones available in the market include the Samsung Galaxy S2, HTC Sensation, HTC Evo, HTC Desire, Nexus One, etc. All these phones have features such as a 1 gigahertz processor, a 4.3 inch LED/AMOLED touchscreen display, and 4G connectivity.

One thing is for sure: whether it’s a smartphone, a dumbphone, a superphone, or a gramophone, it will not last forever.  The more features, the more problems.  Never fear, however; if you need to get superphone repair, iFixYouri has the crew for the supertask.