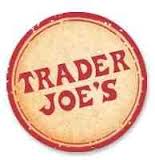 The iFixYouri store in Palm Beach Gardens is about to get a welcome new neighbor in the PGA Plaza in which it resides: Trader Joe’s. Trader Joe’s is one of the most coveted supermarket franchises in the country; so much so the city of West Palm Beach made a video last year asking city officials, business leaders and residents “What would you trade for Trader Joe’s?”. Ultimately Trader Joe’s decided on Palm Beach Gardens, and our little shopping shopping center, originally built in the 1970s on the corner of PGA Boulevard and Prosperity Farms Road, which had a Winn-Dixie in it for many years, and now features other big businesses like JP Morgan Chase Bank, SunTrust Bank, Anthony’s Coal Fired Pizza, Dunkin Donuts, Tropical Smoothie Cafe, Subway, and of course, iFixYouri.

The California-based grocer operates nearly 400 stores in 35 states. It opened its first three Florida stores — in Naples, Sarasota and Gainesville — last year. The first South Florida store is slated to open this year in Miami-Dade County’s Pinecrest neighborhood. Another Trader Joe’s is scheduled to open in Winter Park in Central Florida next year.

Trader Joe’s, in business since the 1950s, has such a large and loyal following that customers familiar with the brand have launched campaigns to lure stores into their neighborhoods.

We at iFixYouri are excited to have the type of company that Trader Joe’s is nearby, and not just for its produce or “Two-Buck Chuck.” It brings an aspect of forward thinking product to our area, and we couldn’t be happier about it.

So, to Trader Joe’s – welcome to Palm Beach Gardens! iFixYouri looks forward to your smoothies.