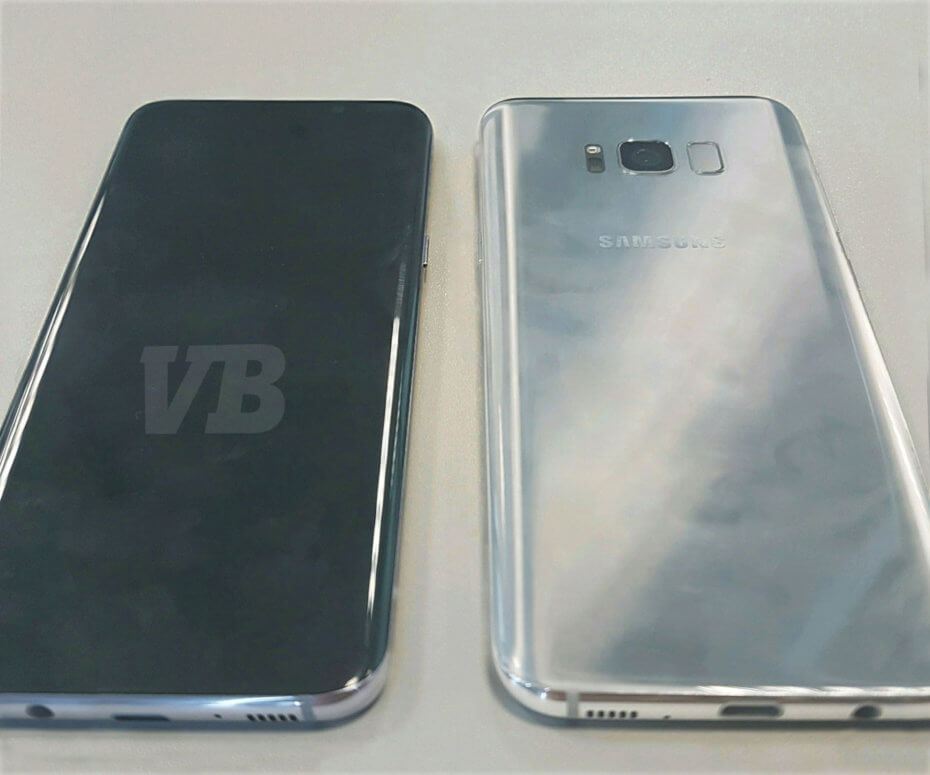 2016 was a rough year for Samsung, with their Note 7 fiasco being an absolute PR nightmare. No one could imagine a phone starting fires and causing injury and property damage…much less the same issue occurring after a recall, with the “fixed” devices. After an even bigger recall, a ban on bringing the Note 7 onto airplanes, and ultimately their forced deactivation, Samsung desperately needs a boost, and they’re putting all their chips on the Galaxy S8 due to be released this spring. Following the popular S7, the S8 will be similarly styled with an emphasis on curved edges. The screen will be even larger while the phone itself remains the same size as its predecessor. The South Korean tech giant plans to move the fingerprint-sensing home button to the back of the phone instead of on the bottom chin, bringing it in-line with other Android devices like the Google Pixel and LG G5. This allows the display to take up virtually the entire front of the device, the 5.8-inch QHD AMOLED display being even larger than the Galaxy Note’s 5.7-inch display. Not just a pretty face, the S8 should be even faster as well. While the phone may include different systems-on-chip depending on sales region, manufactured by either Qualcomm or Samsung (this is nothing new for these devices) they’ll all have processors created using 10-nanometer fabrication methods. Reports say this will make the phone 11 percent faster than the Galaxy S7 overall, with 23 percent faster graphics processing while being 20 percent more energy-efficient. Energy efficiency is important, as battery life for the S8 is reported to be nothing impressive.

New to the Galaxy family will be a USB-C connector (instead of micro-USB) and Samsung’s new AI assistant Bixby. Refreshingly not-new are the standard 3.5mm headphone jack, as well as a microSD removable storage slot to boost internal capacity by up to 256GB. 4GB of RAM is another S7 holdout, but that seems to be the current upper benchmark for smartphones. The 12-megapixel rear camera seems to be from the S7, as well, but the front-facing “selfie” camera is now 8MP. There will be two sizes of the S8, 5.8” and 6.2”, and both will feature the same rounded corners of the Samsung S7 Edge.

We mentioned Bixby, the AI assistant earlier, and Samsung plans to make it an integral feature to the S8 user experience, claiming it will be able to handle more complex commands (such as multi-part instructions). Another new feature is the ability to connect the S8 to a computer monitor and control it with a keyboard and mouse. It’s called Samsung DeX, and although it will require a separate HDMI-enabled dock, it’ll prove to be an important feature for those who wish to use their smartphone as part of their workstation.

Overall, we’re excited to see what the Samsung S8 can do in the hands of its users and hopeful that we get one in our hands soon. It should be a huge success, as most Samsung phones are, and should help the brand hold its place at #1 in terms of worldwide smartphone market share. Samsung desperately needs the phone to be a hit, and you can be sure that they’re going to go the extra mile to make this the best Galaxy smartphone they’ve ever made. The company lost about $17 billion in the wake of the Note 7 debacle and took a major publicity blow when news of the malfunctioning phones went viral. The S8 needs to deliver…and then some.