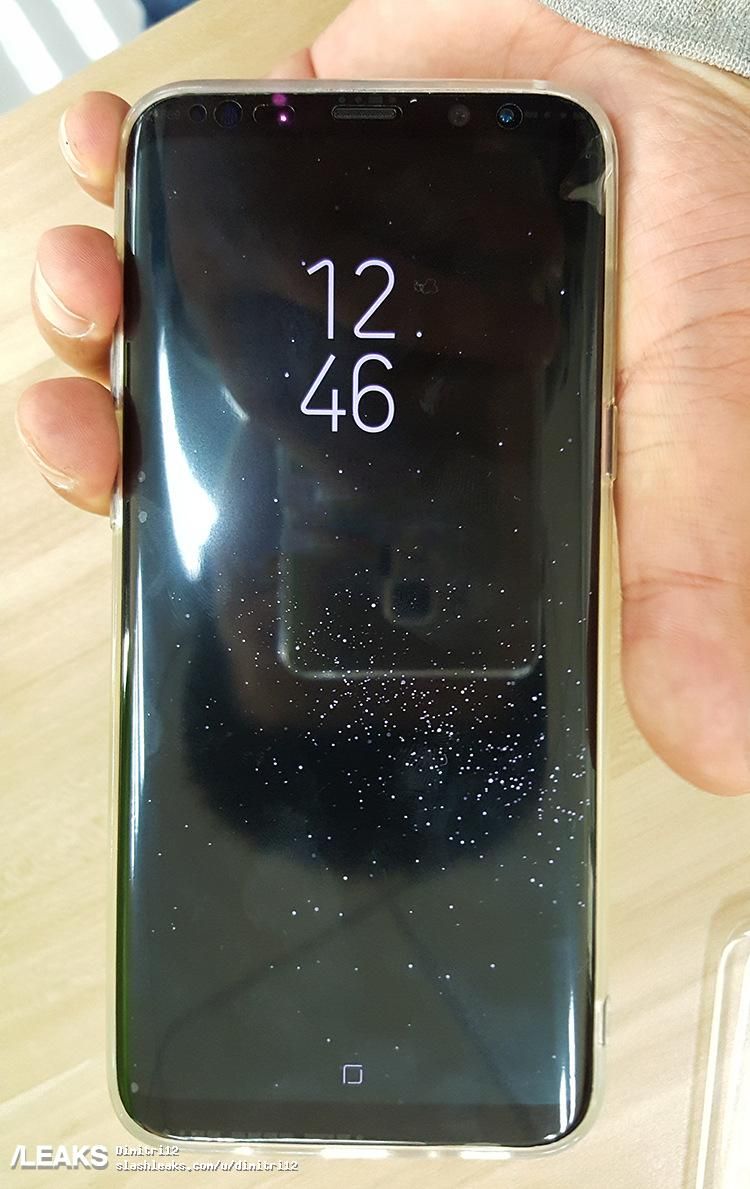 Excited for the next Samsung Galaxy phone? It’ll be a long, hard fight to get back into the positive spotlight for the South Korean company after a tough 2016. The Note 7 fiasco…well, we don’t have to get into that. But Samsung is looking to focus on its flagship smartphone and remind everyone why they’re on top of the game worldwide.

Samsung was planning to launch the Galaxy S8 on March 29th, but that seems to have been pushed back a month. Thanks to some leaky sources (mostly manufacturers of accessories who received test devices) we’ve been seeing photos, videos, and even press images leak ahead of its debut. A fresh batch of images have leaked today by a case maker, and they give us a slightly better look than most. Looks like Samsung is making some big design changes to its flagship smartphone.

It’s nice to see a close-up the new on-screen home button we’ve been hearing so much about. And just look at how just how small the front bezels are! The new all-screen look has clearly been aided by removing the physical home button from the front of the display, akin to the LG V20.On the back of the device, you can see the fingerprint reader in a rather odd place: right next to the camera bump. This confusing design choice appeared in early leaked photos and many hoped that this wouldn’t be the final spot by the time it got released. Oh well. It’s also interesting to know that the S8 will reportedly be sold with curved edges only, and not as options like with the S6 Edge and S7 Edge.

Samsung plans on releasing the S8 in two sizes: the 5.8-inch Galaxy S8 and 6.2-inch Galaxy S8+. Besides the sizes, both devices are identical from a hardware standpoint. You get an extremely bright and clear QHD+ SuperAMOLED display with 18.5:9 aspect ratio. The phones are powered by a Qualcomm Snapdragon 835 chipset. And Samsung’s digital assistant, Bixby, makes its debut, presumably triggered by a dedicated hardware button (maybe the fingerprint sensor doubles as a home button/Bixby button?). The official unveiling is set for March 29, when Samsung will hold an event titled “UNPACKED” in New York City.

As usual, our technicians’ mouths are watering, waiting to get their hands on the S8. No word yet on whether it’ll be as difficult to repair as previous models, but they’ve yet to meet a phone they couldn’t fix. Pre-order your S8 as soon as possible, safe in the confidence that you’ll be able to bring it to iFixYouri if you accidentally smash that beautiful curved screen.