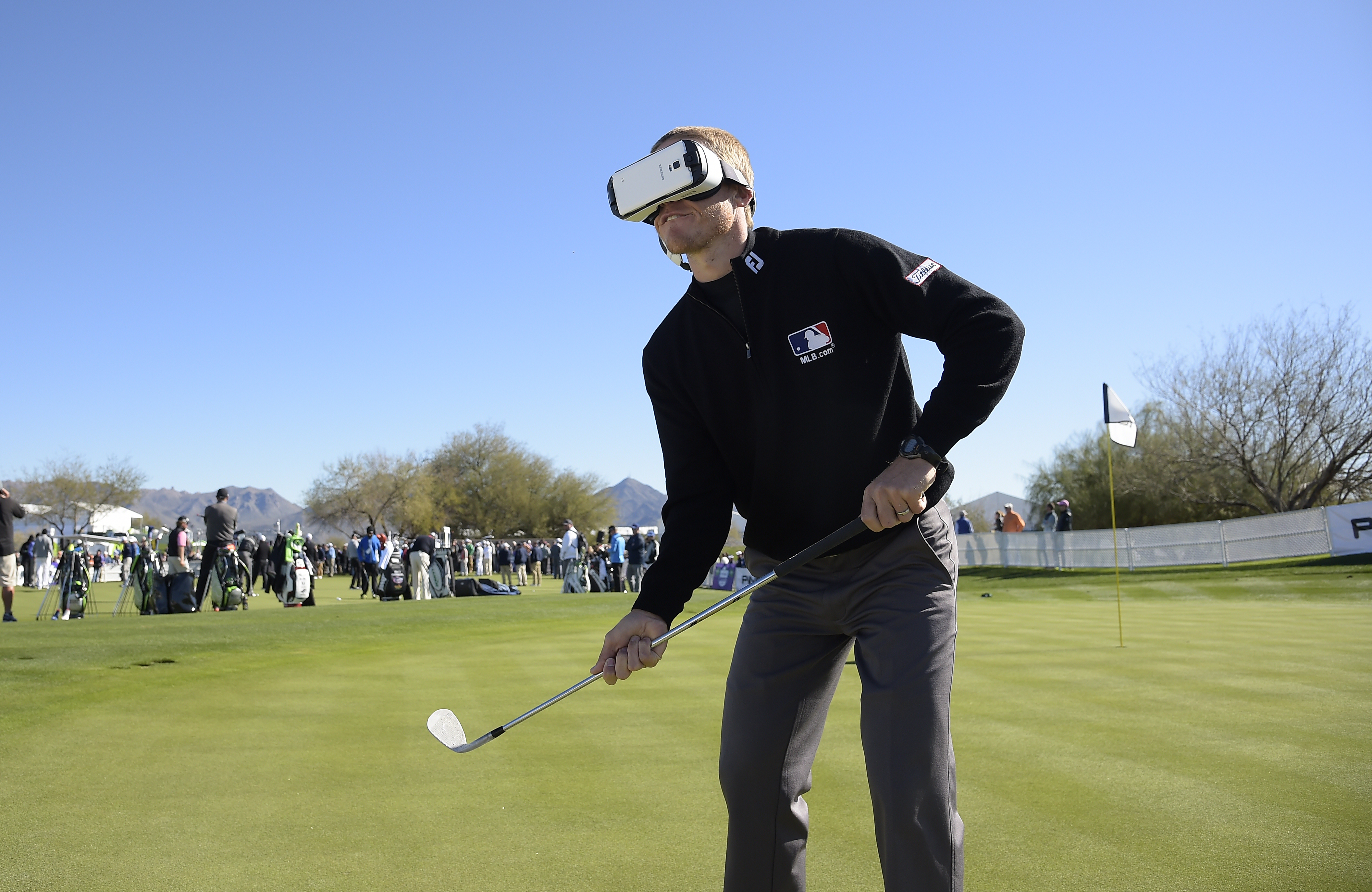 Fore! iFixYouri is at the Honda Classic, repairing phones, making friends, and watching some great golf. If you’re headed to Palm Beach Gardens to watch the action, look for our tent near the main entrance. iFixYouri technicians will be there for the whole tournament to give out freebies, repair phones and give them a boost with our charging station, and enter people to win accessories, repair discounts, and more! While there, we couldn’t help but wish there was a way to bridge the time-honored traditions of golf and the rapidly emerging consumer technology we deal with every day. Turns out, we’re not the only ones.

Eager to bring young, tech-savvy potential fans greenside at its tournaments, The PGA Tour is teaming up with Intel to bring virtual reality experiences to the game. Although it seems like they’re just trying to keep pace with the NBA, which has been offering weekly VR broadcasts, PGA officials say their VR experiences will be something special and interactive, and not just an immersive version of the same broadcast you’d watch on your TV. “We’d like for people to interact with the stream,” says Scott Gutterman, PGA Tour VP of digital operations. “If there are stats they want, to choose themselves, slide the leaderboard in and out (of their view).”

“We think golf is one of the hidden treasures to produce and create experiences in virtual reality,” said David Aufhauser, managing director, strategy and product, Intel Sports Group. “You can create experiences fans just can’t get, even if they’re there. You can bring in stats and data and other visual components that can complement the video part of it.” Aufhauser also hints at a growing demand: “Fans want to experience new ways to connect with sports and players that they love in wholly immersive experience. We see a lot of growth.”

Intel Sports Group’s virtual reality unit, Voke, tested the technology at the storied Riviera Country Club in Los Angeles ahead of the Genesis Open. While Voke has produced VR for the NFL and NCAA Final 4 basketball games, golf has unique problems that make it more difficult to reproduce in a virtual reality environment. Golf balls are small and difficult to track in flight when compared to basketballs or footballs. There is a lot more space to be covered on a golf course compared to a fixed playing area; a NBA court is 4,700 square feet, while the average golf course is 74 acres, or more than 3.2 million square feet. Resolution can be an issue when small objects are that far away from cameras, especially on the more popular (but less powerful) smartphone-powered VR headsets.

Voke uses three large pods of cameras to capture the action. Each pod features six pairs of cameras, whose feeds must be stitched together by producers and programs. The lenses can be swapped out depending on the sport or to capture different shots. Gutterman says that the size and lack of mobility of the camera pods will keep golf VR a “largely tee or green experience,” with the three pods triangulating the putting surface and capturing a 180-degree panorama of the green.

Voke’s founder, Sankar Jayaram, is optimistic that the VR broadcast will be entertaining regardless. “The way we designed our system, we can actually zoom in. One challenge in VR is that the cameras are far from the action. We can use different lenses and take you closer to the action—it’s one of the unique features we have—so you can get depth.”

A demo delivered a great depth-of-field and a clear view, arguably better than some spectators probably had a few yards away from the green. The VR stream showed dips and hills in the putting surface (broadcasts, even HD, tend to flatten out the greens). The Voke experience lets you switch views, so you can get the perfect camera angle for each putt attempt. Any VR viewer will work with Voke, whether you have an Oculus Rift, Samsung Gear, or even a phone-powered Google Cardboard.