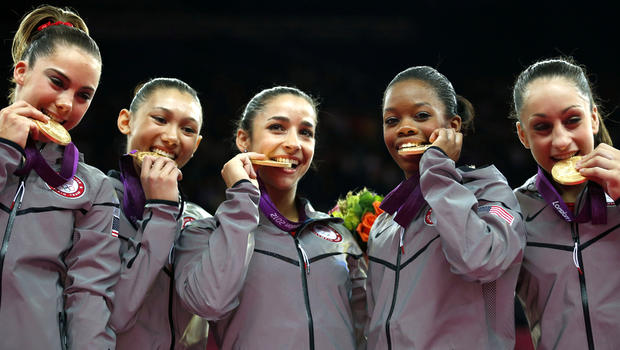 Japan is looking to collect trash in order to make Olympic medals. The Japanese government is asking its 127 million residents to bring old and broken electronic devices, including cellphones, to special collection bins throughout the country. This is an effort to collect enough gold, silver, and copper to craft the medals to be given out to winners at events when Tokyo hosts the 2020 Summer Olympics. Far from being desperate for resources, the tech-crazy island nation hopes to highlight its e-waste recycling efforts and emphasize community in the face of the enormous task of hosting the games. Every year, the Japanese public discards over 700,000 tons of electronics, ranging from the small (iPhones and smartwatches) to the large (flat-screen televisions and refrigerators). Recapturing just a small amount of the precious metals used in their manufacture could cut down on the cost and pollution required to mine and import from overseas.

Traditionally, Olympic host cities obtain the metals for making the roughly 5,000 medals from mining firms. Japan, which lacks its own mineral resources, wants to use the opportunity to bring attention to its strides towards a sustainable future. According to the South China Morning Post, all the electronics in Japan combined contain almost 7500 tons of gold. This is 16 percent of the total reserves in the world’s mines! There’s also more than 66,000 tons of silver, close to a quarter of Earth’s reserves. All this metal comes from somewhere, and Japan is becoming increasingly aware of this fact. The Japanese National Institute for Materials Science found that the country uses the highest amount of metal resources in the world for its electrical appliances and smartphones. This is sourced by outstripping the natural metal reserves of many mineral-producing countries and contributing to pollution of water, air, and soil. “A project that allows the people of Japan to take part in creating the medals is really good,” said Koji Murofushi, sports director of the Tokyo games. “There’s a limit on the resources of our earth, so recycling these things will make us think about the environment.” The Olympic committee needs about 2.2 tons of metal to forge the medals, most of that being silver and copper (gold medals are actually made of silver and plated in solid gold). Approximately 21lbs of gold, 2,600lbs of silver, and 1,500lbs of copper—the primary component in bronze—were used to produce medals for the 2012 Olympic games in London, which matches up pretty closely to 2.2 tons.

This isn’t a brand-new idea for the Japanese. Over a three-month period in 2009, the government ran an “urban mining” campaign that brought in 567,000 discarded mobile phones. This initiative recovered almost 50 pounds of gold, along with 175lbs of silver and more than six tons of copper. That’s just the start: There are an estimated 200 million unused cell phones taking up space in Japanese homes. The nation set a target of achieving a rate of 50 percent self-sufficiency in rare metals, including palladium and iridium, by 2030. Several major Japanese tech companies have been outspoken supporters of this goal, including mobile phone operator NTT DoCoMo, precious metals producer Tanaka Kikinzoku Kogyo, and online book and DVD stores operator ReNet Japan.

At iFixYouri, we also care about recycling and reducing e-waste. Whenever our technicians replace a screen, motherboard, or other component, the broken part is shipped to a certified electronics recycler. We also buy old and broken devices from customers and refurbish them. If the device is too old or too broken to have any value, iFixYouri will gladly take it for recycling at our expense. Don’t just toss your old cellphones or computers in the trash! Our goal is to keep as much e-waste out of landfills as possible, so drop your junk electronics off at any of our locations.