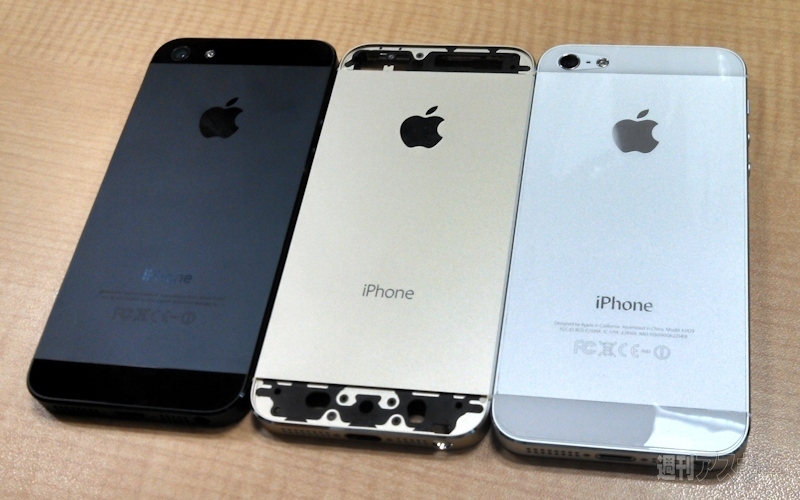 Notice the difference in color from both the black and white versions.

Over at Buzzfeed, new photos have leaked showing what looks like it could be the new gold iPhone 5s we mentioned the other day. No word on whether these photos are legit, but it does seem to be the same size as the other two. Buzzfeed goes on to write:

“The blog that posted the images said the new “champagne gold” colored shell was provided by mobile phone parts supplierMoumontai. BuzzFeed could not verify the authenticity of the images.”

According to the Wall Street Journal, Apple is slated to announce its new device on September 10. Looks like we’ll find out in a couple weeks! Head over to Buzzfeed to see the other photos.