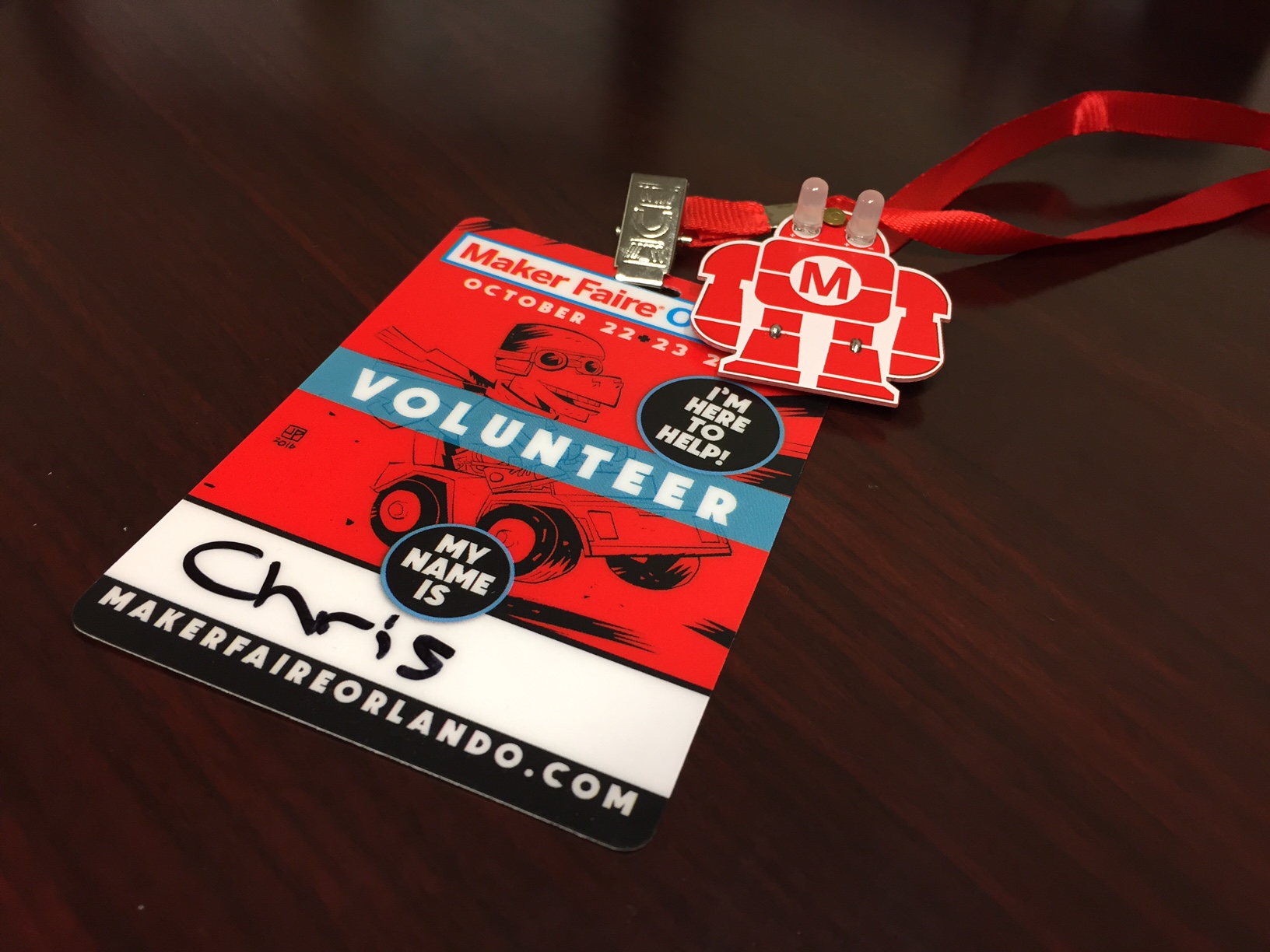 Are you a maker? If so, we hope you didn’t miss out on the fantastic, fun, and educational exhibitions at Maker Faire Orlando this weekend! This year’s iteration of the popular international festival took place at the Central Florida Fairgrounds and featured over 300 “Makers,” defined as people from all walks of life who produce, design, and create all sorts of things.

Chris Johncke, iFixYouri founder and CEO, and Josh Dworning, general manager of our Winter Park location, enjoyed the creative festivities and even volunteered to teach the public how to solder electronics. The end result is a metal pin of the festival’s mascot, Makey the Robot, with flashing LEDs (featured image above). Here’s Josh in action.

“All differently experienced people (and kids) came by to learn,” according to Josh. “It was pretty rewarding with the kids because I could see their faces light up when the LEDs did, and they realized that they had built it.” See you next year, Orlando makers.

iFixYouri also provides their soldering services to the public via smartphone, tablet, and computer repair services at multiple Orlando locations.