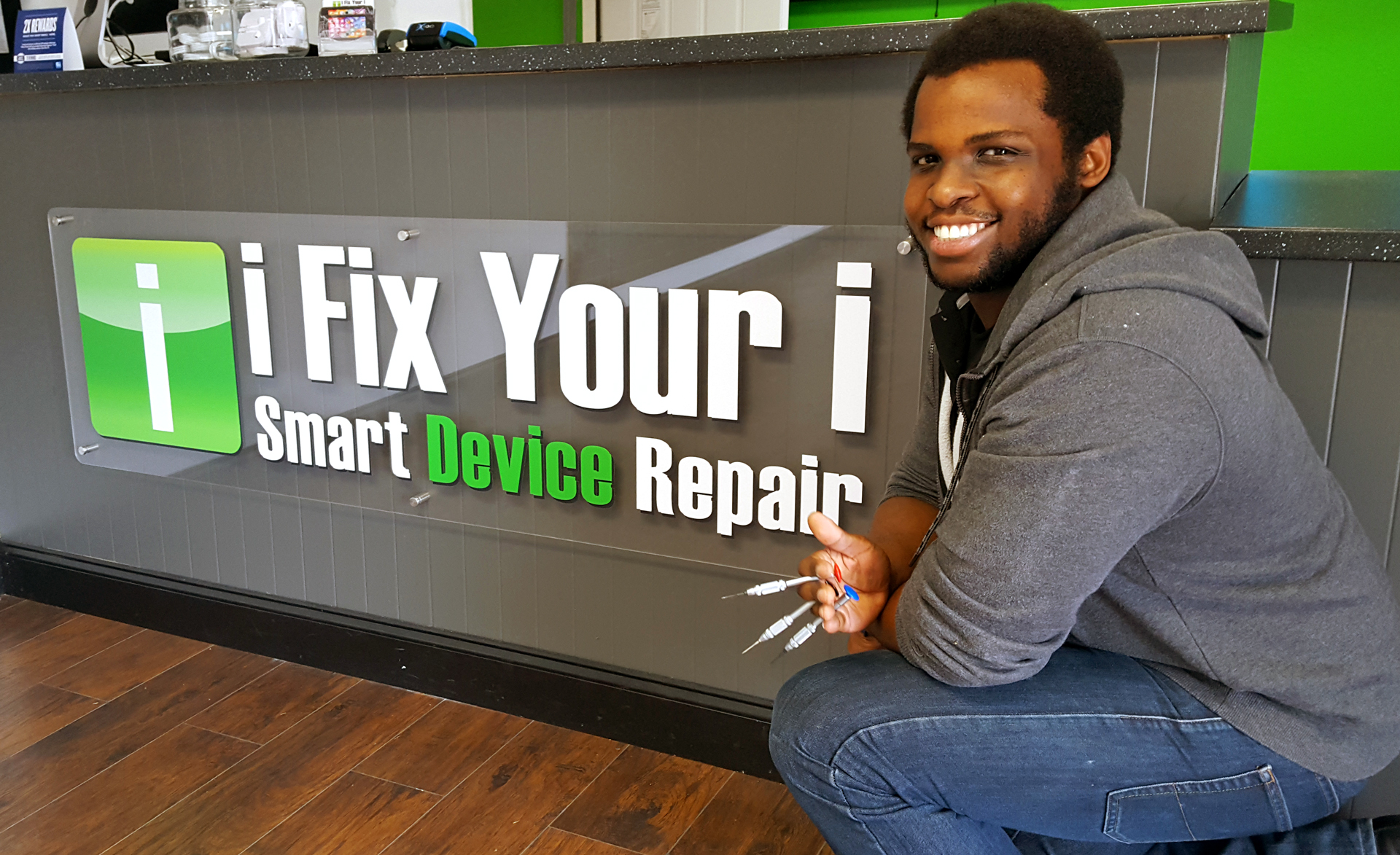 Shining bright in this week’s iFixYouri employee spotlight is Daniel “Fitz” Grant. Fitz was born in the Bronx, New York, to a nurse mother and a father who worked in the World Trade Center as an accountant. After his father passed away due to illness, Fitz moved to South Florida with his mother and has lived here ever since. While the local live music scene lacked in comparison to New York, he played bass and guitar for several rock bands in the Palm Beach County area as a teenager. He performed his first repair at this time, reviving the family dishwasher after watching a home-repair TV show on fixing appliances. Fitz is currently studying forensics at Palm Beach State College, but is “thinking of switching.” In addition to his love of the White Castle burger chain, his interests include military history, and medieval history, and firearms, and he engages these in very active ways. For the past four years, he’s enjoyed pistol shooting, competing in IDPA, a shooting sport based on defensive pistol techniques, using equipment including full-charge service ammunition to solve simulated “real world” self-defense scenarios. Having recently performed in a qualification match for IDPA, Fitz is honing his skills in the hopes of moving up to IPSC, a more advanced organization of the same sport. He became interested from the videos of a Youtuber named Jessica Cross, who competes in the same sport. In addition, Fitz has been learning the ancient art of blacksmithing, creating objects from wrought iron or steel by forging the metal and using tools to hammer, bend, and cut it into shape. So far, he’s only created simple armor and blades but hopes to become advanced enough to combine both hobbies and fashion metal components for firearms (gunsmithing). Fitz has a girlfriend and is the proud dad to Dawn, a Chow Chow/Jack Russell mix. His family is from Jamaica, and he has spent extensive time studying on the island nation. Before becoming a technician, he had the interesting job of working security on a construction site freight elevator. While he now enjoys repairing devices for the customers of iFixYouri, Fitz dreams of owning a business or becoming an inventor. Thanks for letting us in your head, Fitz!