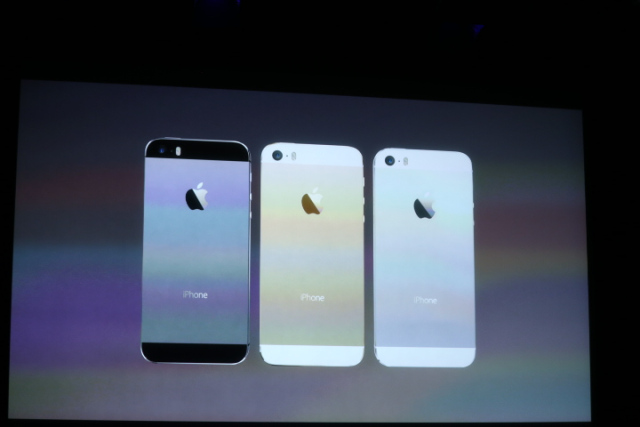 The centerpiece for the Apple keynote address 2013 was without a doubt the iPhone 5S. This was the most awaited product for the tech crowd, the Apple fanboys, and general consumers who are looking for the latest upgrade. As interested as people were in the iOS 7 or the iPhone 5C, this was the main event.

A lot of hoopla had been made before the event about the new colors for the iPhone 5S (even here at iFixYouri Blog), but if you hadn’t already heard, they will be released in gold, silver, and gray, and is made from high-grade aluminum.

There are a lot of new innovations to the iPhone 5S, but today Apple focused on just 3 main ones: performance, the camera system, and security.

The big unveil for the iPhone 5S was the new A7 chip, which is 64-bit, meaning, as Schiller phrased it, “the world’s first and only such CPU in a smartphone.” Regarding integrations with the iOS 7 he goes on to say that “you’ve heard a lot about iOS 7, but what we haven’t told you is that its been completely engineered for 64 bit at the same time. It’s got a new 64-bit kernel, libraries, and drivers. All built-in apps have been reengineered. It’s a seamless dev transition, with full backwards compatibility.” And for the techies:

Apple also claims that the battery life is better than the previous generation. That remains to be fully conclusive, as the full chart of life expectancy is “incoming.”

The final piece was the M7, or Motion Coprocessor, which will continuously monitor motion data, accelerometer, and gestural data, and it can tell if you’re walking or driving. Schiller foresees “a whole new generation of health and fitness applications,” and even mentioned working with Nike on some of these apps.

The new camera boasts a larger, f/2.2 aperture. It’s got a new, 15% larger active sensor area with 1.5 micron pixels, separating themselves from the competition by stating that “Bigger Pixels = Better Pictures”. Working with the new camera app, the new iPhone will be able to take the best pictures on the smartphone market.

Possibly the most talked-about feature after the event, the new heralded security function is called the Touch ID. This is a fingerprint identification software that actually reads your prints (from multiple fingers) on the physical home button, which is now made of laser-cut sapphire crystal, surrounded by a stainless steel detection ring on top of the touch ID sensor.

This will take the place of the 4-digit security code, and even the Apple ID for app purchases.

So that’s the wrap. iOS 7, iPhone 5C, iPhone 5S . . . a whoooole lotta news here at iFixYouri. Stay tuned for our series of teardowns, coming as soon as we can get our hands on them.