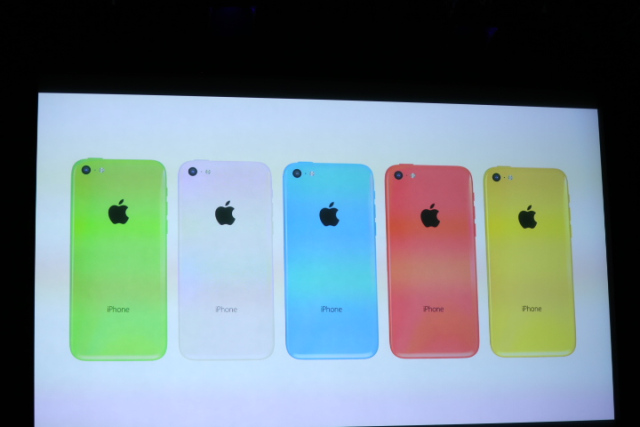 [This is Part II of our recap on the Apple Keynote address, on the iPhone 5C. For Part I, on the iOS 7, click here]

Busy day here! We’ve been going over all of the new information released at Apple’s keynote address, and there’s so much to talk about. Perhaps the most interesting development discussed is Apple’s latest iPhone 5C, which is much more of a departure than the 5S (which we’ll discuss in the next post). The iPhone 5C represents a new kind of iPhone – smaller, more compact, and more affordable, and it is seen as perhaps more desirable for emerging markets like China or South America.

The first most noticeable difference in the iPhone 5C is the design. It’s made entirely of plastic, and is of one single piece. As Phil Schiller, senior vice president of Apple’s worldwide marketing said: T”he entire back and sides are made from a single part, its front one glass, multi-touch surface. As close as you look, you won’t see joints or seams.” The iPhone 5C comes in an array of colors: green, white, light blue, hot pink, and yellow, each one with color-matched wallpaper. As an added esthetic bonus, they come with a line of custom cases, soft to the touch, and with holes cut in them to show the original color.

Color-matched wallpaper on the iPhone 5C.

But let’s get to the specs. It has a 4-inch retina display, full sRGB (standard Red-Green-Blue color space), integrated touch, and widescreen video; the insides are basically the same as the iPhone 5, that is, powered by an A6 chip, albeit with a new construction. It has an 8-megapixel camera with a hybrid IR filter as did the 4s and the 5, plus a new Facetime camera, and Apple claims the battery life has been improved as well. As for its cell service, Schiller claims that it supports more LTE bands than any smartphone in the world.”

As an added point, Schiller went on to mention that it has been made without harmful, ecologically hazardous chemicals. So there’s that. And if you hadn’t guessed, the iPhone 5C is completely compatible with the new iOS 7 software that Apple just spent 20 minutes talking about.

Now, for the price: analysts expected this to be the most affordable (new) iPhone yet, and this is certainly the case. It goes for $99 for 16-gigabytes and $199 32-gigabytes with a two-year contract. However, the full price, that is, without a contract is $550, which is much higher than had been previously predicted. Will this affect their plans to corner the developing market? Time will tell. Speaking of time, they will be available for pre-order on Sept. 13, and available for purchase in the US, Australia, Canada, China, France, Germany, Japan, Singapore, United Kingdom; available in 100 more countries in December 2013.

That’s it for the iPhone 5C, for now. The 5C is certainly an interesting twist on the iPhone, and we at iFixYouri are curious as to how we are going to break this down, once we get our hands on one. When we do, be sure to check back in for the video.

Next up: the iPhone 5S. We’ll be getting to this shortly, so please check back for updates regularly!