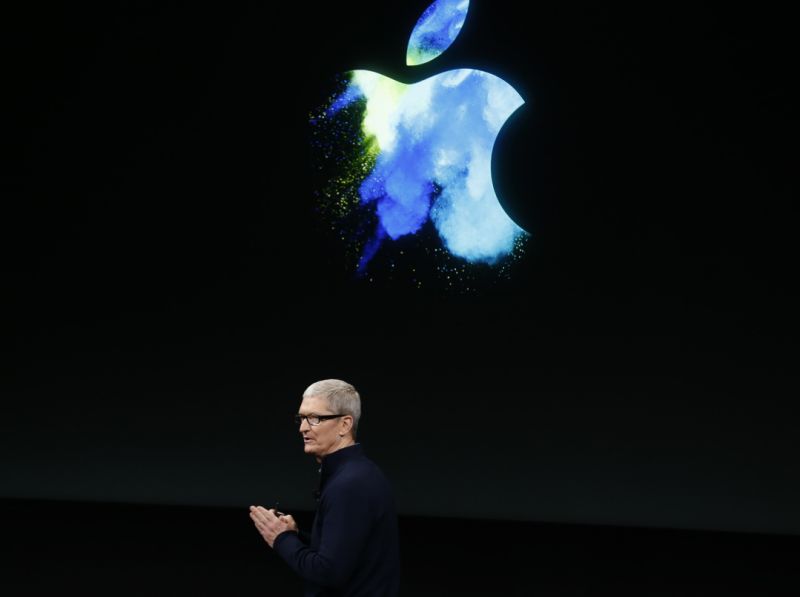 The results for the final quarter of 2016 are in, and Apple came out as the winner. With 78.4 billion dollars, the tech giant broke its own incredible records for quarterly earnings. CEO Tim Cook presented these findings, citing record sales company-wide, including the iPhone, Mac, Apple Watch, and Services divisions. However, Apple had the advantage of a fiscal quarter that ran a little longer than their competitors. Due to (totally legal and normal) calendar quirks, Apple’s Q1 was 14 weeks instead of the usual 13. It is worth noting that the calendar year doesn’t line up with the Apple’s fiscal year, which ends on September 24th, so 9/25-12/31 is Apple’s first fiscal quarter in their 2017 fiscal year. In the earnings report, Apple CFO Luca Maestri openly addresses the extra week while mentioning a number of handicaps that he claims counteract the year-over-year boost. Among them, the company received a one-off $548 million patent infringement payment in the same quarter last year, the iPhone 7 being released earlier in September than the iPhone 6S was last year (causing more revenue to be accrued in Q4 instead of the following quarter), and supply issues in the new products failing to meet customers’ demands. No mention of demand for the iPhone 7 being so low that Apple scaled down production almost immediately after its release, but the company traditionally refuses to discuss sale counts.

Financial mumbo-jumbo aside, clearly getting a big leg-up from the 14th week was the iPhone. 2016 overall wasn’t a strong year for iPhone sales; it was actually the first full year of decline, with a 7% drop. But the added seven days helped Q1 2017 iPhone sales beat out the last quarter of 2015 by 4.7%. On a bigger scale, Apple is now the largest provider of smartphones worldwide, finally beating out close rivals Samsung Electronics. This isn’t so much a huge achievement for Apple as it is a down note for Samsung, and no, the Note 7 issues weren’t much to blame. The South Korean mega-corporation is slowly losing its foothold over smartphone-crazed Asia, and Chinese competitors are popping up with high-quality phones at lower price points and better innovations. Take OPPO, for instance, arguably the most successful smartphone company in China (exact numbers are difficult to come by). They took the Chinese smartphone market by storm after popping up in 2008, and since then have debuted both the world’s thinnest phone (2/3rd the thickness of an iPhone 7) and possibly the first “selfie-phone” with a 16-megapixel front-facing camera (and a paltry 12MP shooter on the back). Other Chinese brands like Vivo (owned by the same parent as OPPO) and Huawei are close behind, and their presence is leaking into other major Asian markets such as India. Samsung just can’t keep up.

So, yes, Apple made a fair amount of money in late 2016, but when you look past the headline, it wasn’t as earth-shattering as it is at first glance. In our opinion, you’d expect a lot more to happen when a company of Apple’s size and stature releases a new phone, new laptop, new smartwatch, and debuted their first wireless headphones…all in the span of a few weeks. The sign of a truly successful quarter in this case would see Apple sweeping the tech world, annihilating everyone in their path. Instead, each product was met with grumbles about price, gimmicky features, and/or availability.

As both consumers and other manufacturers look to Apple to innovate within the tech industry, the pressure builds. Criticism is coming in whispers, of the product ecosystem growing stale, of Tim Cook’s inability to fill the massive shoes left behind by the late Steve Jobs, of the famed cult of die-hard fans becoming disheartened with the most recent device lineup. Apple can’t rest on their laurels (despite the nice stock jump the announcement gave them) and they need to let this good news push them through 2017, where we’ll hopefully see, at the least, a new iPad model.